We are confronted with all kinds of changes, some are trivial, some are important, but when do we get to decide what is what? Consider that Iran is now stating ‘Iran says it is ready to enrich uranium beyond nuclear deal levels‘, the news (at https://www.theguardian.com/world/2019/jul/06/iran-says-it-is-ready-to-enrich-uranium-beyond-nuclear-deal-levels), it is all under the guise of the reality. When the main players (the US and Europe) are showing to be the bitches of politics, what are we supposed to do? Trump talks a lot, he yells loudly (adapting poor grammar) but in the end, the US is not acting, neither is Europe, they are trying to remain delusional into the air of ‘saving’ something that had been lost some time ago. In the meantime, as no one acts Iran continues not merely by enriching Uranium, it is the other part, the ‘Saudi Arabia intercepts drones launched by Houthi militia from Sanaa‘ (at http://www.arabnews.com/node/1521686/saudi-arabia) that shows a much larger danger. Even as we heard: “the drones actually destroyed in the air by systems belonging to the Arab coalition“, the fact that is being ignored by the media to the largest degree is that these drones come from Iran, there is also still the issue that there is no real evidence that Houthi forces are up to controlling them, yet that part cannot be proven at present, a proxy war that is getting more and more out of control and in this when we add the Uranium pressure, there is every chance that both Saudi Arabia and Israel will have no option but to take this to the next level and whilst the bitches of politics (USA and the EU) are sitting on the sidelines complaining, reeling and dealing for delusionary deals, Iran plays its game and even as we see that the game is badly played, we need to acknowledge that they are getting shit done because they properly anticipated that neither the US, nor Europe would actually act, indecision and incapability to act are at the centre of these non-moves.

For the US it becomes even worse as we see that there is every chance that the denial is likely to grow when we see the CBS news quote: “Democratic presidential candidate Tulsi Gabbard believes that war with Iran would be “far more devastating” to the U.S. than the war in Iraq was, saying in an interview with CBS News that President Trump was “pushing us closer and closer to war with Iran”“, she is on the European side of inaction, when we see: “that nuclear agreement prevented war“, it never stopped it, it merely delayed it so that Iran could get ready and that part has been shown in several ways over the last three years alone, now that the pressure is growing we need to consider that no one wants a war, but Iran made it impossible to avoid and as they make tally of all who are willing to become the bitch by not acting, that is how we might lose this upcoming war, not merely by inaction of them, but the mere fact that these politicians are willing to grab their ankles and let happen what would happen next. They will call it: “We have reached an immediate cease fire so that a diplomatic agreement can be drawn” that will be the second sign that the war was won by Iran, if that is what you want to happen, then go ahead, but also realise that you lose whatever rights you have. I for one will align with Israel and Saudi Arabia and go to war, because that is how evil is defeated. No matter how decorated Tulsi Gabbard got to be by the Hawaiian National Guard. The world is adhering to terrorist factions too quick and too much, in all this delusional acts by humanitarian laws are becoming a joke and that needs to stop.

When the news becomes about lashing out to a rapper named Nicki Minaj, have we not lost the plot? Oh and before I forget, the fact that we saw only 18 hours ago that ‘Houthis Commit 18000 Human Rights Violations in 6 Months‘ and the fact (as far as I could tell) that only the Asharq Al-Awsat Newspaper is giving the world that part, is that not a first indication on how the world has lost the plot on Human rights? And it links because Iran and Hezbollah are directly involved in funding, training and assisting Houthi forces to do that part, but these Human rights bozo’s are really not up to the part to report on that, yet their adversary (Saudi Arabia) is getting the front seat for getting a rapper perform in Saudi Arabia. It is in the realisation of these issues that we see that America and Europe have both become the bitches of others to a much larger degree than most can even fathom.

So when we see (at https://aawsat.com/english/home/article/1800416/yemen-houthis-commit-18000-human-rights-violations-6-months) the stage of “the number of kidnappings and imprisonment of women and children escalated this year, accusing Houthis of systematically and physically torturing women, defaming many of them, and accusing them of unethical charges contrary to Yemeni custom and traditions” we see a much larger stage that requires intervention, but where are the Americans? Where is Europe? They cannot act because they have their own clever plan involving Iran and it is backfiring fast and much harder than they realised (failure usually does that). 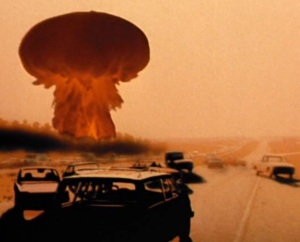 How long until they comprehend that you cannot reason with a rabid dog, you put it out of its misery plain and simple. And most people are part of the problem, they elected the politicians in Europe not doing anything and in America they are optionally selecting a Democratic president who wants to talk a little more, I wonder what happens when the others are no willing to talk, when these politicians are placed on the sidelines not allowed to speak at all, how fast will the media suddenly acts as some delusional conscience? we know that they are merely the bitch of big business, but for now they are all in denial of that reality and I wonder how many people will accept that delusional stage, because when Iran gets in a first strike the caused war will be much larger and there will be no negotiating with the ones they stuck against, as well as the neighboring countries, that is the impact of a dirty bomb, it freaks out everyone, especially those living next to the place that got hit. so it will not only affect Israel and Saudi Arabia, it will then suddenly impact Egypt, Jordan, Bahrain, Qatar, Oman and the UAE, and that by all definitions implies the start of World War 3 when one of these nations get involved.

In the end it started not by started a war, but by refusing to act when action was essential, I wonder how the politicians will validate their own existence at that point. Yet there is a bright spot at that point, when it happen, the human rights organisations will not have any reason to be around, because the impact that we get to live through will be a clear indication that talking solves nothing and Human Rights organisations will end up being in the same stage that they were in the 17th century when the VOC was a global power, the HRA organisations will become non-existent.

Could I be wrong?

Well, that is up to you people, check your local news, your local newspapers and what they give you, who else had the Yemen story on Houthi Human Rights violations? As far as I was able to tell, not one of them had it, but several of them all had something on Nicki Minaj, some merely gave view to that UN speaker Eggy Calamari and her accusations (that so called essay) regarding Jamal Khashoggi, the media has become that polarised on the political needs for Turkey and Iran to be cut as much slack as possible and most of us are enabling this to continue.

The pressure is rising and there is not much time before things go out of control, all because of inactions, and you better realise that really really fast.

2 responses to “Be the bitch”