Grayscaling has been around since the beginning of photography, 30 years ago it was a lot more important as colour screens were not great and monochrome exposure came at a much higher quality (higher resolution, Hercules graphic adapters), others followed for the longest time and until EGA evolved (with overpriced monitors) we were all happy to think in grayscales, it was also more precise and easier on the eye. Even home computers had its version. The Atari MEGA STe with 4MB memory was ahead by a lot when you consider that the PC could not manage more than 640Kb (1991), more important, it was an almost direct attack on Macintosh who was up to 600% more expensive in those days, so it was a nice DTP alternative.

Yet today grayscaling had been done for, at least that was what I thought. The Guardian (at https://www.theguardian.com/business/2019/jul/10/watchdog-finds-work-of-patisserie-valerie-auditor-unacceptable) shows us mere hours ago that I was wrong, especially when we are confronted with Grant Thornton and the fact that that the work from this auditor has been regarded as unacceptable (basically in Black & White). It gets to be worse when we see: “Across the industry, one in four audits failed to reach required standards, a finding that will intensify pressure on the firms“. That is a massive failing that is no longer merely the optional rotten apple in the basket; this sets the stage that the entire harvest is no longer trustworthy. In the days of the Atari MEGA STe the work of accounting auditors were close to beyond reproach, so the slipping of quality is one of much larger concern, it is a much larger issue of quality; optionally it is now the age of butchers being granted to perform operations on people because the shortage of surgeons is too overwhelming.

And when we see the quote: “Grant Thornton’s chief executive, David Dunckley, exasperated MPs in January when he said it was not his firm’s job to uncover fraud or judge that a company’s books were correct“, is that not the foundation of an audit? Is the audit not to make sure as they ‘judge that a company’s books were correct‘ is that not at the core to check before they are signed off on? Of course it comes with the step to slam my favourite Tesco auditor when we see: “The FRC also criticised PwC, one of the big four accountants, for an unsatisfactory drop in the results for its audits. Only 65% of the firm’s audits of FTSE 350 companies required no more than limited improvements, down from 84% a year earlier and well short of the FRC’s 90% target“, I think the stage is becoming clear that these two places should no longer be considered as valid auditors. Like the Atari MEGA STe, they have become obsolete and optionally overpriced and useless. If we consider that they were optionally the beez knees in 1991, it is the passage of time how that view is now reduced against my smartphone.

We can all accept that technology moves on and I am comparing one tech that is 5 generations and 27 years more advanced, but that is the setting with these auditors. They are failing in quality again and again and they are still tolerated to operate, the FRC (Financial Reporting Council) is as I personally seeing this ignoring its duties, perhaps politicians have yanked out their teeth, so that they can merely bark, but the amount of issues that we see, issues that predates that so called Tesco clambake of 2013. The issue is not merely the fact that impacts places like PwC and Grant Thornton, it is larger and the sliding of quality is now well beyond embarrassing and for the most actions have been largely null and void. If there is something to be learned from the Carillion disaster, it is the fact that KPMG (at £1,500,000) a year dropped more than just the ball, they are setting the stage that auditing needs to be a lot more on par towards criminal prosecution and investigative prosecution than ever before. Before it got to the auditors, the financial controllers, the bookies and the CFO’s worked those books and that facilitating side needs to stop. There was an interesting view that was given in February 2018. Accountancy Age (at https://www.accountancyage.com/2018/02/26/carillion-inquiry-missed-red-lights-aggressive-accounting-pension-deficit/), and as we read: “In a series of scathing joint committee sessions MPs took to task Carillion directors, pension regulators and KPMG and Deloitte auditors– grilling them on missed red flags, aggressive accounting and the pension deficit reaching nearly £1bn“, is it all that simple? Is it not the task of the auditor to make sure that the books are 100% ok? It seems now that the auditors are facilitating to their paying clients on what they can get away with, and to some degree that is fine (it is about looking at black letter law and to see where the border is), because it is about what the law allows, yet the flaws of PwC, Grant Thornton and KPMG shows is that the auditor needs to be more towards prosecuting their client on what will not pass the tax laws and reporting laws, there is a much larger difference between these stages and as such the FRC needs to grow a set of teeth (optionally balls too) and whilst we accept the stage as it is, it is no longer a stage that is acceptable and that needs to be clear. The impact to people as we saw in Tesco and Carillion has been much too large and those board members walked away with more than just a pretty penny, so did the auditors and that requires adjustment of a much larger kind.

Even as we are shallowly given: “Audits carried out by PwC that the FRC inspected included Kier Group, the construction and services company whose recent profit warning prompted comparisons with Carillion, and the struggling department store chain Debenhams. The FRC did not disclose which audits were substandard from the list of companies it reviewed“, we could set the stage that these players can no longer audit any firm with a revenue over £1 billion or more than 1,000 employees. I feel certain that such a limitation will chase these players to much higher standards. Let’s face it, when we get to read small printed facts that PwC made an accounting error of £40,000,000 can we assume (read: speculate) that their flaws are larger and go deeper? Should we allow these dangers to set the stage where 1,200 jobs are cut because there was no more room to wiggle?

It does not matter which excuse is given (the contracts were way to complex), or how the stage seemingly turned through operational changes (this quarter has seen over double the number of weeks of refresh disruption compared to the same period last year). They are all excuses of an unacceptable level and no matter how we slice this, it seems that some accountancy firms can no longer keep up and they should be cut from clients that have grown beyond certain sizes. We have rules on the F1 races, we have rules on how soccer teams become premiere league, even the Olympics requires rules before athletes can compete and when they cannot keep up they no longer qualify, it is time for these accountancy firms to be held to qualifications to a much higher and larger degree, having a degree no longer takes the cake, we need to consider that issues like Tesco, Carillion, Debenhams, Kier group and several others are also case for limiting access. Each of these failings should be seen as the tipping point to the limit of companies with ‘a revenue over £1 billion or more than 1,000 employees‘ are required to find another auditor, or face an optional complete audit by an FRC appointed auditor (at the expense of the firm being audited). I feel certain that once this rule is in play that quality will suddenly go through the roof, it will also allow the smaller firms to become an optional future big four, even though it is more likely that the reduced pool will create a stage of a new big seven tier of accountancy firms; even though we think all accountants are evil, they are not and plenty are above board trying to be the best in their business, we all (including me) forget that at times and we too need some adjusting. It does however begin by clipping the wings of no less than two auditors at present. 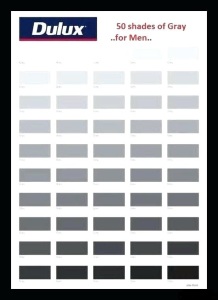 There is also the idea that it is all in the presentation, and perhaps to some degree it is. Yet when something is marketed as a new 50 shades of grey for male readers, it is nice to know that it is marketing of a different kind, not a summary report that there are equal scales for two different groups, because that is not an oversight, that is an example of direct applied deceptive conduct and I think that we have seen too many victims of those twists. It needs to stop and perhaps the FRC will finally push for a stage that allows for larger changes, as this mess has been going on for well over 5 years now.