There is a wave of anticipation, having seen Avengers Endgame on opening night two days ago, we see the anticipation rush through. There will be no spoilers here, but I can give advance warning of the dangerous side shows in the cinema. You see, the final part is a three hour movie and worth watching, yet watching the parents with younger sidekicks watch the movie whilst the parent realising that after two hours the bladder of junior is under pressure is a sight to see. I saw at least two fathers rushing themselves (as well as junior) to the bathroom hooping not to miss too much is a sight to take momentary notice of.

Taking a large/jumbo drink into a three hour movie is a really bad idea!

The second one is sweet. In at least two points in the movie, something huge happens and it is a sight to behold, I was not ready for large crowds to stand up and cheer and clap, it was a little unexpected, the movie gets you that deep into the story, it is an amazing one and we get volley after volley of amazing moments for almost three hours. 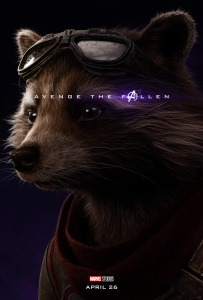 So when we now see that Avengers: Endgame is heading towards a 700 million opening weekend (globally) is no stretch, it would make it the largest opening weekend in history. The three most successful movies never pulled that off, so Avatar, Titanic and Star Wars: the force awakens will not be the contenders. The question becomes, can Endgame surpass the opening weekend of Avengers: Infinity War, which had an opening weekend of $630 million. There is however one side that hold endgame back, as a few nations open a week later, and as at present the overseas record has not been surpassed, the end result is not a given, I believe that the movie has what it takes to surpass Infinity War in every way, in the end, it becomes a roll of the dice (to some extent). I believe that this movie has the goods to surpass the amazing results that Avengers: Infinity War brought, I believe to be proven right in the next week. I hope to be able to see the 3D version at that point.

So we end the soft part of the day with a detailed view on Bradley Cooper, who is going to be in the movie and that is not a spoiler at all.