It was time for Microsoft to give us the goods and they started really well. The Outer Worlds (by the makers of Fallout New Vegas), Minecraft Dungeons, Blair witch, and a few others giving the intro towards 60 games, 14 by Microsoft Studio (implying 14 exclusives) and 30 gamepass titles. Then we got to see a new side to Cyberpunk 2077 and it looked amazing. That part ended with Johnny Silverhand, who looked a lot like Keanu Reeves, at that point Keanu Reeves walks on the stage and the roof came down, the crowd went insane and rightfully so. Eurogamer took a moment to highlight that (at https://www.youtube.com/watch?v=W2qAUP1m_vE), see event two for that part, it is so worth it. We get to see that the flight Simulator is coming to Xbox One, which is pretty cool and a whole range of other news. At this point I rated the show at 97%, it was that good. There was plenty of stuff I did not really care for (like Gears 5), but there are plenty of fans of that franchise and it seems that they are upping the bar on that game so gears fans will go nuts soon enough. This is when they screw it up at the end on going towards Project Scarlett. As we hear ‘It is all about choices’, yet are there? The Verge also noticed something I picked up on, but I thought it was just me. the Verge gives us ‘Microsoft’s new Project Scarlett console is now a key part of xCloud‘ (at https://www.theverge.com/2019/6/10/18659448/microsoft-xcloud-game-streaming-e3-2019) and we get that, yet they also give us: “If Microsoft sticks with its Xbox One S hardware for xCloud, then it won’t be able to immediately compete with Stadia’s promise of 4K gaming at 60 fps. There are still far too many games that only run on an Xbox One S at 30 fps, and the console won’t even support most AAA games at native 4K.” I believe that Microsoft has the same premise to face as Google Stadia, but Google is playing the long game and they know what they are in for, something Microsoft did not grasp in time (or too often for that matter) and they are keeping quiet as a previous president loudly boasted ‘always online‘ and nearly sunk the entire Xbox One before it had been released. For me the giggle came when I got told ‘up to 120 fps‘, ‘8K capability‘, ‘the combination of SSD and Solid State Drive are really what is giving you a totally new experience‘ was the one that did it for me, was this not properly vetted, were these actors or engineers? The presentation just went down to 80% and that is where it stayed at, silly move Microsoft!

There was no reprise of two step in models (the low and high end as stated a year earlier and all these catchphrases are given by different people, so you can more likely than not forget about 8K and 120 fps, all hype giving comments but totally wasted on the people who want clarity beforehand. It is true that there is still a full year, but the Microsoft method of trying to create hype has backfired too often and now I hope it will do so again. Even as the console is not coming until holiday 2020, giving clear information on storage and several other parts would have been nice at this point. I personally believe that this will be a total push to XCloud and streaming your games, there will be some storage for older games and the fact that optical drive is there implies that there is still physical storage, as direct to cloud installation seems meaningless and it would be too cumbersome, but that is what it feels like, when I am clearly proven wrong I will give you all the goods. for now, the realisation that 5G becomes essential and the congestion issues that many will face between 2020 and 2022 will be a sight to watch, just you wait.

Bethesda was a solid 80% from beginning to end. there is more for the games with Fallout 76 (year two) added options, as well as a battle royale mode and additions to rage 2 we got the largest part, there will be two Wolfenstein games, but we knew that last year. The big parts were that the Wolfenstein games are coming to Switch too, which was nice as well as the fact that the mobile Game Blades was coming to Switch and just like Fallout shelter it was going to be free. The part that I like the most is that there is an option for micro transactions, yet I have never had to spend a dime on Fallout shelter to enjoy it, if Blades continues that, it will be an amazing ride. New is Ghostwire Tokyo which looks pretty good, but it was an intro movie only. Some new Commander Keen, Deathloop which is coming from Arkane, as well as a new streaming technology called Orion, optionally making bandwidth a lesser issue, and Doom Eternal was given a first light. Finally we got a little more Elder Scrolls Online, now with Elsweyr and that wrapped it up. I would have liked more actual gameplay which was missing too much as I personally see it and that is why Bethesda only gets 80% this time around, still a solid presentation. 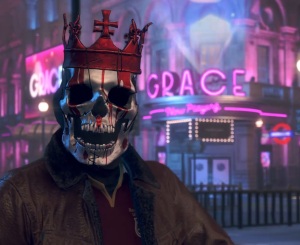 We start off with the Assassins Creed Symphony. A decent start for the mere reason that the music of Assassins Creed has been pretty amazing from the second game onward and never stopped being inspiring and extremely amazing. Watchdogs Legion kicks off with actual gameplay and a display of Permadeath in action, so there is that. Plenty of sarcasm and a super granny (retired assassin) that makes any bull look like a calf with snow peas instead of actual balls. Stealth looked decent and that was the Ubisoft intro to the presentation, which gives me the consideration that Ubisoft has gone serious on Watchdogs and it is seemingly taking Legion to a higher place than Watchdogs two was.

After that the presentation starts and Mythic Quest is first, and that presentation needs to be seen to be believed (at https://www.youtube.com/watch?v=_9mRj_tzNH4) starting at 25:10. After that more Rainbow Six, Adventure in Time, Ghost Recon Breakpoint, at which point Jon Bernthal walked in (the Walking dead, Punisher) and gives us his intro to the game. He did well; he is a charismatic presence as he gives the talk on the game and challenged the gamers to take him on. At this point we had not seen a lot of games, but the intro’s, the views (legion) and new reveals on AI with solo play we see that the focal points were stronger. Then we get elite squad, a mobile game, and more of Just Dance (10 years), with a funny video. Just Dance 2020 is coming to all systems, after which For Honor took over and gave us a new addition named Shadows of the Hitokiri, and another Rainbow six option coming, this one called quarantine and the Division 2, Kenly college, and in the fall episode two, the pentagon (a big building in Washington DC with 5 sides), with a second raid which have 8 player action. More games and at the end a new game called Gods and Monsters.

They start with the Final Fantasy VII remake, I remember playing that puppy on the PlayStation, I was never a big fan, yet I was overwhelmed on those days on the depth of the story and the intuitive side of the game play. The part here iis that we are casually introduced that this game will be on 2 Blu-ray discs gives rise to the fact on just how huge this game will be. Here we get to see active and tactical play and just how evolved this game is. This might just call over all the players who never got into the game originally (me included). After that Life is Strange two makes an appearance and a new Chrystal chronicles, a game I loved on the GameCube, now on mobile phones, so there is the option to relive a few lovely moments. Some Octopath Traveler, a dash of the last Remnant remake which is available now for Nintendo Switch, a look at Dragon Quest builders 2, a PS4 game that seems to combine RPG co-op with elements of Minecraft, making it an interesting and optionally an addictive one straight off the bat. As the game is seemingly in game footage, we get to enjoy more playtime than expected. Then we get Luminary on Switch aka Dragon Quest XI; after which Square Enix focusses on indie developers. There were more intros and videos coming, Shadow bringers (FFXIV) and an extended intro to Dying Light 2, now with the launch date of spring 2020. It is clear that the entire Final Fantasy universe will get a lot more games on consoles soon enough.

Ending the presentation with the announcement of FFVIII remastered coming, we see that this year will be nearly all about the Final Fantasy universe and the remastering of the IP they had, and on all platforms, and as such the Switch is gaining even more momentum. Then the crowd goes wild, Marvel Avengers makes its entry showing us a little of what is to come, the game will have additional element over years (at no additional cost), the ‘no loot boxes ever’ statement made people go wild. The game will release in May 2020. Like Ubisoft it would have been nice to get a little more actual gameplay, yet overall the presentation rocked and it gets a solid 91% making it the best presentation of the show at present, now only Nintendo remains and that is for tomorrow.