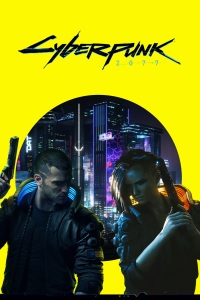 Last weekend some (including me partially) decided to look at the Deep Dive Video of the upcoming Cyberpunk 2077 release. The video (at https://www.youtube.com/watch?v=FknHjl7eQ6o) gives fair warnings, and to be honest, I initially decided to not watch all of it. Not because of anything negative. What I saw blew me away in several ways. If you think that CD Project Red broke the mold with Witcher 3, think again, I am watching something that could establish a totally new level of gaming excellence in RPG, optionally an entirely new level of gaming experience altogether. The video gives two play styles, direct and brutal, as well as stealth and hacking. It also gives caution that footage was edited to minimise spoilers, you get to see an advanced stage of the game, seeing characters ahead of schedule, and so I stopped watching soon thereafter the first time around. The little I saw overwhelmed me. This is what gaming excellence looks like; this is what EA, Ubisoft and several others never learned. To get a game this perfect takes time and even now in pre beta mode, this game surpasses anything brought to gaming before. If the story surpasses God of War 4 (and I have no doubt it might) this could optionally be the game of the decade. 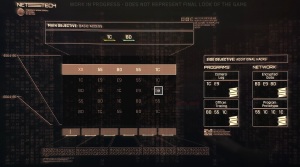 The little I saw was that amazing at present; I watched a little more second time around and saw a little more and a lot I never expected. It is in part the Netrunner side that has so many options and both sides that have so much freedom that this game is not merely a game; it is what some might regard replay heaven, two different sides with different ways to get from one place to another. It seems that CD Project Red has taken time to maximise this world.

I would love to know how William Gibson values this game (the writer of the original Neuromancer), I wold love to see him play this game anywhere and comment on the game and how it aligns with his cyberpunk vision (he is after all the father of cyberpunk). I got into his book when EA created Neuromancer, that game on CBM64 was my introduction to Cyberpunk, so to see that concept mature in Cyberpunk 2077 into something beyond I thought possible, and the fact that any game could surpass the expectations of the imagination of any person to this degree is pretty much unheard of. 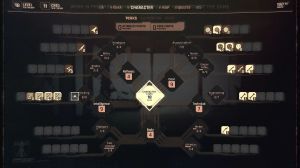 Yet, that is how it seems to unfold. For the most I will avoid spoilers to the max and I will when commenting on the game, it will be to the engine and control of gameplay and avoid (whenever possible) leaving any spoilers untouched. I believe that games like this require that as a game unfolds shaping the story, the way I saw it as an option also implies that one person’s spoiler is not another one, the implied impact of solo person (visceral combat) versus netrunner (hacker stealth) could be that large and it is rare to see that unfold. There is one additional part and that makes me happy. Cyberpunk is expected to be released 5 months after Death Stranding and that makes me happy (I feel certain that Kojima agrees), never before has Kojima faced an opponent on his level of gaming experience. The fact that there is genuine concern whether Death Stranding (Kojima) or Cyberpunk 2077 (CD Project RED) is the best is a new level of gaming. Never before was there any competitor going up against Kojima at the same time. The fact that CD Project RED could seemingly equal and optionally surpass Japanese gaming excellence is a new bar on gaming standards and it has been set to the highest possible level, the final days of XB1 and PS4 are going to be awesome, especially in 4K, what a way to end a console cycle!

Be properly alerted that only non-gamers and those who cannot game would avoid these two titles, or better stated the titles that will be on their system only (Death Stranding is exclusive PS4), and let’s not forget that as it seems to be now, the makers of Witcher 3 surpassed what they did there and that game ended up being a 93% result. A stronger message towards Ubisoft to focus more clearly on gaming excellence could not exist.