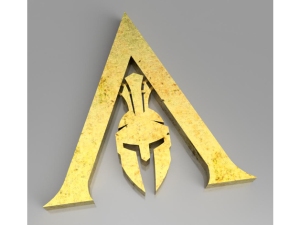 It is an expression we have seen in several places, so when I initially heard that the new Assassins Creed Odyssey was ‘more of the same’, I was not that surprised considering the Ubisoft of the past few years, yet, as I loved the forward propulsion that AC Origin gave us, I was upset enough to keep my eyes out for a decent review and Eurogamer gave that to us (at https://www.youtube.com/watch?v=23CLV1jl9oo). In the first those who do not realise it, Eurogamer is one of the best reviewing channels for games you can find at present. They have been honest and give a decent view from their point of view. It is also interesting to note that each of the reviewers namely Aoife Wilson, Johnny Chiodini (aka Mr Feedbackula), Ian Higton and Chris Bratt have their own likes and dislikes, just like me. I myself am nuts about RPG games, they too have their preferences in gaming. So in this case I got treated to the smooth Irish voice of Aoife Wilson. Let’s face it, when any review comes with an Irish accent, does it not generally sound better?

So the review gives a little bit of a spoiler, but considering that it is merely the start of the game and the fact that the game promises over 100 hours of game play, we can accept that part and the very first thing we see is that even as it is another Assassins Creed, it is no exactly ‘more of the same‘. It is more, a hell of a lot more and even as there are elements of all other games in here, the game is definitely a new behemoth. So even as we are treated to 431 BCE, which by the way this was also the beginning of the Peloponnesian War (I remember that time well), it was a year before Athens was almost completely ravaged by Typhus, and a year after that we got treated to the very first showing of Oedipus Rex, a tragedy like no other. In this the mother forgives him, the father is unlikely to ever do so.

But back to the game. Yes, there was some ‘more of the same’, but mainly only in the graphics, which were outstanding in Origin and outstanding is always good. The video give us a clear setting that the storyline has been given a massive haul over, making it a much larger RPG sandbox setting than ever before. That is my part where I answer Aiofe’s question ‘Does it justify 100 hours of game play?‘ To that I at this point state ‘Yes!‘ The story lines are an important part, and in addition to the other parts it seems like with Tomb Raider, the underwater parts seem to look a lot better. Parts of the review also imply that the game has taken a more tactical side to the game as well. Going after a fort by yourself versus weakening the enemy first makes a lot of sense, so in all this, there is a lot to see. As I see it, it is not ‘More of the same‘, it has become ‘A more evolved and adult approach to a game of such a tactical nature‘. So in all when you look that you are playing a game with 4K (for those with the coins to play in this mode), we see the setting that AC Odyssey is offering a game that remains under $1 an hour, which is by far one of the most rewarding value for money games I have seen for some time and that is worth a lot. It also gives the setting that with two distinct choices (playing as the he or the she), also makes the game an interesting choice to replay, which makes the game even more rewarding in more than one part. If I had to make a pre-release view then it is that Ubisoft is back in adding value to its brand and franchise, which gives us the ‘better late than never’ part and that counts as well.

Those who have read my views on Ubisoft know that I have not been kind to them, but I have always given credit where credit was due and in all this, and in this case Ubisoft should get loads of Credit. If there is one optional part missing (unverified) in all this it will be the setting of the Nekromanteion not being there, what would have been in the Northern boundary of the map. It was where the Temple of Hades was. It might matter as it in this time setting when the site building was erected and it would stay there until the Italians (Romans) decided to burn it down in 167 BC.

I have watched several reviews and I disagree with a few. Some state that this is not a proper AC game, and perhaps this is true as this is centuries before the Creed, is that a bad thing? I would offer that AC Black Flag is even less of an AC game. It is perhaps a new IP and in all this it is a push for an historical RPG game, this is with my love for RPG a great step, for others perhaps less of a nice step. No matter how you feel about the AC part, Odyssey is exactly what the titles promises to deliver. You will embark on an epic journey and when you think that Origin already gave that, think again. The map alone seems to be close to 300% of the previous game and that is impressive when you realise just how big Origin was. So on October 4th give your pet a really big treat, presents and felicitations as it is World Animal Day, because the day after that AC Odyssey is released and there is every chance that you will ignore everything around you for days to come, which would make perfect sense.

So even when we see large changes in this franchise, it is my personal impression that they are all for the better, there is not one part that seems to be negative in this. More options for dialogue, more choices on paths as well as multiple endings. Making the replaying of this game more enjoyable and when you consider that this game was already down to $1 an hour (for some even a lot less) making that 100 hour journey the best epic journey in the history of this franchise. The most honest question you can ask yourself, are you willing to play an RPG? Are you willing to step out of your optional comfort zone? It is my belief that this trip will be one you are extremely unlikely to regret, but in the end only you can answer what you like. what is clear is that the AC franchise has taken a new course, and as it is a pronounced one, it will not be for everyone, I merely expect that it will be the right path for many more players than ever before and that is a good thing, a good game is always a good thing, even if it is not for everyone.

Only a delusional developer makes a game that is for everyone!

If there is one part that I will miss, it will be the one hit kill. Historically speaking, sneaking up to a person and shove a spear through the back of its skull tends to be fatal, there has never been an exception to that, not even when you sneak up to an ego driven empty headed politician. They all tend to keel over, curl their toes and start their: ‘I am dead now!‘ procedure. So that part I will miss, even if there is no more hidden blade.

So one optional non positive part against close to a dozen positive parts, how can any player pass it up? Well that will be fair, the non RPG lovers, but for that group there are plenty of other games to play. No matter how you view it all this will be an amazing trip, so choose, decide and optionally enjoy this game. I expect this game to get an 88%-97% rating, that whilst the RPG lover is likely to give it a 92%-99% rating (only Zeus, Poseidon and Hades get 100%), Leonidas and all everyone else will have to live with a 99% rating.

As far as I can ascertain at present, my official response will be: ‘Well Done Ubisoft!‘

Filed under Gaming, IT, Media