The NY Times gave us a view, some are laughing, some are looking forward, some are grasping at the past, but you and me? What will we do? What are our thoughts?

That is the view I am having when I see ‘A Glimpse of a Crown Prince’s Dream? Saudi Arabia Invades Iran in CGI‘ (at https://www.nytimes.com/2018/03/20/world/middleeast/saudi-arabia-iran-invasion-video.html). The video shown is not new, the article revealed that the movie was uploaded last December and has had 1.2 million views. That’s around 400,000 a month. We see the application of CGI and Command & Conquer intro movie style towards the games that Iran has been playing. So as we see “In scene after scene, he orders a succession of superior weapons systems to pulverize the enemy“, we see a setting, one that is changing. It is what I would optionally call the sabre rattling by Crown Prince Mohammed bin Salman, who according some of the sources is stated to be behind this all. I cannot tell, I do not know. But it is clear that Iran is also realising that everyone is looking at them now and none of the voices are telling Saudi Arabia to stop. Those voices will come too late and at that point, with the EU not willing to give an inch towards Iran, Iran will stand alone. Even Russia who has been their trade buddy for the longest of times is backing off a little, as they would endanger the foothold that they are growing in the Middle East via Syria. In addition, if there is a side, than Israel will never choose it will be the side of Iran, that ship has sailed and was burned down the moment it left the harbour of Jaffa.

One view given was “a Princeton professor who recently published a column explaining the challenges Prince Mohammed faces in the kingdom, suggested in an email that the Iranians themselves might have made the cartoon “to make the Saudis look silly”“, it is certainly one view, but when we consider Command & Conquer, is it as simple as Saudi Arabia v Iran, or is there a third player in town? The view that former CIA employee Bruce Riedel has differs as well. He of course has just published a new book based on 3 decades of experience and his view is “This represents how he sees himself, or what he would like to be, It suggests that at least some part of Mohammed bin Salman lives in a fantasy world, and if he really believes these things then we are on a course that could be extremely destructive“. It is not a view that I could state was incorrect due to lack of data, but if the Crown Prince has set this all in motion, is it in the end anything else than a creative presentation? Lets not forget, if we plough through the presentations of historical CIA, most of their directors would have ended up in prison, as would some members of congress and at least two former Presidents of the United States. So the view given here is not one that seems to be the pressure here. I actually like a later view in the article in the NY Times where we see “Other scholars suggested that one of the prince’s courtiers might have commissioned the video to flatter him“, that is one part that appeals, it would even be better if it was made by the courtiers son who has the dream of becoming the coolest game designer in Saudi Arabia, which is not a bad dream to pursue to begin with.

No matter who or what it is regarded to be. When we consider it from the distance, it is merely a presentation, one that took effort. My view on the third player is shown (in my humble opinion) by “The video was released almost simultaneously in Arabic and English, with subtitles in Farsi, Hebrew, Mandarin, Russian, Turkish and other languages, so its animators probably also had the help of a team of linguists“, you see no matter how they feel about Israel, Saudi Arabia would have been unlikely to have taken the effort, even when relying on Google Translate and even as we know that Israel will never be a friend of Iran, it is my personal view that Saudi Arabia would not have taken the effort to get the ‘Hebrew’ edition out there, giving rise to the third party. I would need to see the full list of subtitle editions, to learn how precise my prediction is, but I think that the players adding the Hebrew edition shot themselves in the foot.

Yet it does also give light to “Prince Mohammed is a long-time fan of animation and video games. His personal foundation set up a venture, Manga Productions, to produce Japanese-style animation about Saudi Arabia and its culture“. Did you know this? Many have been curious about Saudi Culture; many wonder just how warped the press had made certain settings of Saudi Culture. Now I know that it is not the culture, with all the options that Western Europe had, but that is their history, learning more about it will only make things better for both sides. So when we see “Japanese animation productions major Toei Animation is teaming up with Saudi Arabia’s Manga Productions to produce animation titles and films to be released in both countries. The new tie-up was unveiled Nov. 16. Manga Productions, which is affiliated with Saudi Crown Prince Mohammed bin Salman’s MiSK Foundation, focuses on producing animations and developing video games with creative and positive content targeting different local and international social groups. Bukhari Isam, CEO of Manga Productions, said that his company will do pre-production or prepare designing content to be produced in Japan. The productions will be internationally targeted”. Most forms of information that is linked to Japanese excellence tend to be very well received on a global scale. So in all this we would need to realise that the media has been keeping information from us all. Now, there is no way that everyone will suddenly become a ‘Saudi’s best buddy’, but the setting that we see almost no exposure to this and that in the age of learning and comprehension that is one view that we are filtered from is equally dangerous. There is no other way to see it other than that the Muslim way of life has a global impact on nearly all, even if it is often not visible. Is it so bad to learn more on something that has no Christian foundation? Are we so afraid for the switching of atheists and agnostics to state: “This sounds like a much better way“, is the often hidden setting that Christians filter what must not be seen that has been a hindrance for decades! Should you oppose that (which is perfectly fine), than take a look at Spotlight, a 2015 movie on an unfrocked priest accused of molesting more than 80 boys. This was based on the 2001 event where editor Marty Baron of The Boston Globe assigns a team of journalists to investigate allegations against John Geoghan, the fore mentioned unfrocked priest. The article became proof of the cover-up of sexual abuse within the Roman Catholic Church. An issue that still impacts people today. Less than a day ago we see ‘Cardinal George Pell could face fresh charges after new witness statement emerges‘. This is merely one of many issues that had been pushed to the hidden shadows of society. These events are still being shown to be an issue 15 years after the initial article got out, so we can state that there has never ever been an events where filtering based on religion gave us wisdom, the media is only finding this out because it ups the circulation of their papers. There is a hard lesson to be learned there.

So, as we take a look at the Crown Prince, and the video game intro movie? Perhaps we will learn the truth of whoever was really behind it and what the purpose was. Perhaps it will be as simple as a member of the Saudi royal family telling Iran that they need to stop playing their games, because some mind games tend to become realities with fatalities and in this a video game is merely the presentation of artistic design. We all need to realise that only in a videogame foundation can a 1.68m tall model wearing nothing but cargo pants and a tank top take out dozens properly clothed mercenaries armed to the teeth with a bow, a knife and an ice axe, because that is where our minds in video games tend to end. So will the intro movie become a reason for war? I very much doubt it, whilst we are looking at these events, most are now forgetting that both Iran and Turkey are isolating themselves more and more, Iran for fuelling the events in Yemen and Turkey for the actions in pretty much all the Kurdish regions. In the end they can merely depend on one another, which would be a clear ending to whatever economy they thought they had. As Iran is dealing with 25% youth unemployment and Turkey with 24.1%, they both have other immediate needs. So in the end, even as the Command and Conquer, Saudi edition looked cool, a mere presentation of how opening trade and growing other economic options is a solution to youth unemployment, it seems that both Iran and Turkey are far far away from learning that lesson for now.

So as we end with two more parts from the NY Times. The first being: “The video appears to show an accurate reflection of the vast Saudi arsenal, with two exceptions. The tanks labelled in the video as Abrams M1s, the most advanced American model, look more like the outdated Patton M60s. And Saudi Arabia does not have the ships needed to transport them to Iran, said Douglas Barrie, a senior fellow at the International Institute for Strategic Studies in London“, which might be perfectly fine, so when we see the second part we see: ““The Saudis have a very limited amphibious capability,” Mr. Barrie said. “They do not have the platforms for a large-scale amphibious operation.”“, we might all agree, but these high paid people have taken the time to analyse a video game intro, so as the optional third player makes another movie, will they look at it again? When it comes in a box with image below, will we hear from these people about the substandard weapons that the French are using? #JustSaying 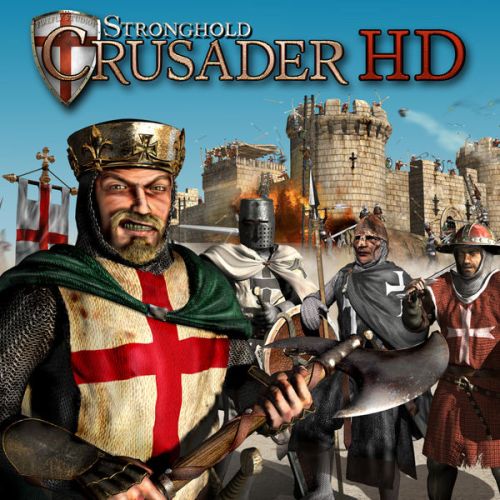